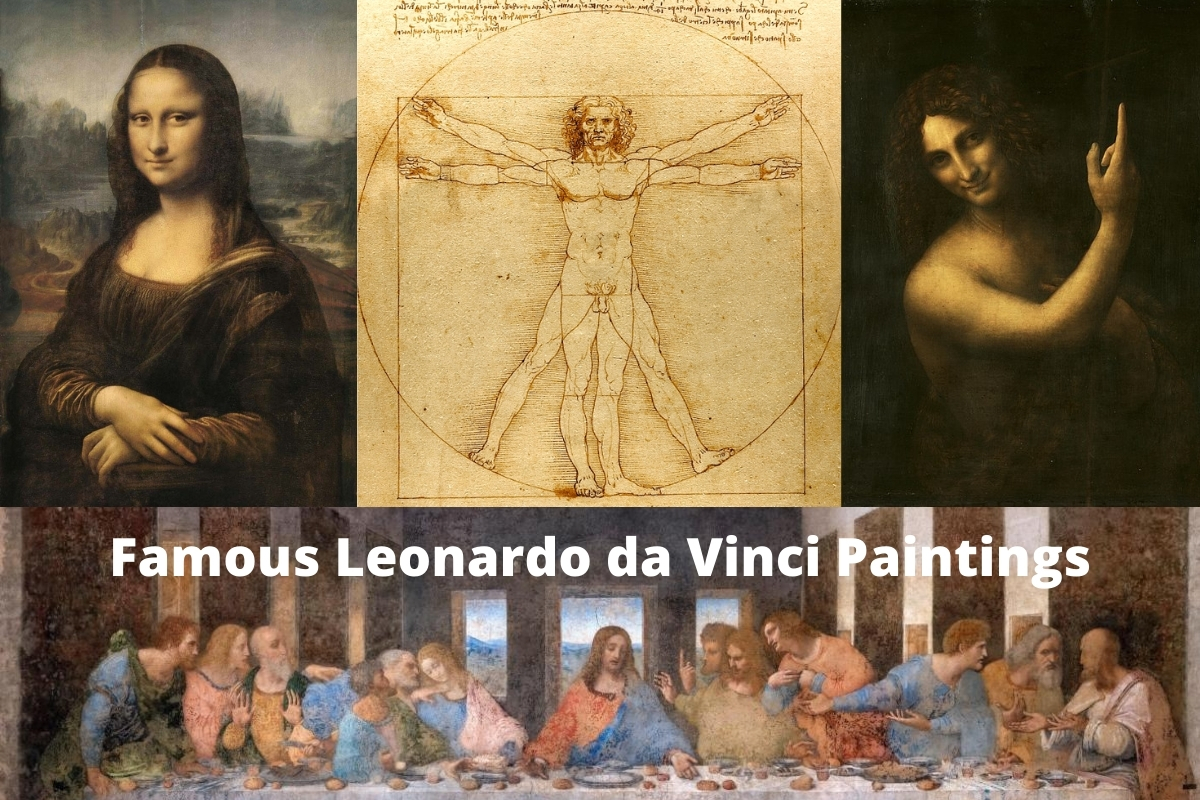 Leonardo da Vinci was a famous renaissance artist who created many paintings, sculptures and inventions.

Da Vinci’s paintings are some of the greatest ever created and draw millions of viewers worldwide every year.

He is considered to be one of the most intelligent people of all time. His intelligence and talent had a profound impact on Western culture and had a dramatic effect on the course of architecture, art, science and technology for centuries to come.

Leonardo da Vinci achieved a lot in his life, but he never married or produced any heirs that are known about.

He experimented with many types of media including paint, bronze, wax modeling and sculpting marble.

Mona Lisa is a portrait of Lisa del Giocondo, wife of Francesco del Giocondo, and mother of their two children. Leonardo da Vinci started working on it around 1503-1505 and finished it in 1519. The painting is currently located at the Louvre Museum in Paris which was founded by Louis XIV – King of France in 1637.

It is difficult to believe that this painting was done 400 years ago when it looks so perfect today.

Within the art world, it is regarded as a masterpiece, but it only became well-known to the general public when it was stolen from the Louvre in 1911 by an Italian employee called Peruggia.

Peruggia, as an Italian nationalist, felt that the masterpiece should be restored to Italy and shown in an Italian public gallery rather than a French one.

It was found and later returned to the Louvre, where thousands of people queue to view every week.

However, it is not your standard fresco that is often painted on walls; instead, Leonardo chose to utilize his favored oil paints.

Leonardo is believed to have preferred oil because it dries slowly, allowing him to make adjustments and take a more deliberate approach to his work.

Leonardo recognized that if he was going to employ oil paints, the natural dampness that penetrates most stone wall structures would have to be sealed, or else his work would be ruined.

He countered this with a second coating of gesso, mastic, and pitch.

Several times during its lengthy existence, the artwork has had to be repaired.

Very little of the original top coat of oil painting remains as a consequence of both environmental and deliberate deterioration.

Annunciation is an oil and tempura on wood artwork from the 1472–1475 period. It is located in Florence, Italy’s Uffizi gallery.

Leonardo may have completed the Annunciation in his early twenties while still working in the workshop of Andrea del Verrocchio, whom he had been an apprentice to as a youngster.

Leonardo da Vinci is famous for his paintings that depict biblical events in an interesting. In The Annunciation we can see a lot of symbolism and hidden meanings.

There are many details in the painting that have been used to convey the story behind it. For example, there is a lot of symmetry, balance and divine forces in this painting which symbolizes holiness and divinity – qualities that are associated with angels who visited Mary.

The painting reflects many commonalities with other Leonardesque paintings such as “Virgin of the Rocks” and “Saint John the Baptist”.

One of the most recognizable images in world the, The Vitruvian Man, has been reproduced on thousands of posters, prints, towels and a host of other products.

Leonardo da Vinci’s most famous drawing, is a an ink on paper drawing of a man inside a circle and square that illustrate proportions of the human body.

Made sometime between 1487 and 1490, it was thought to be lost until it was discovered in 1500 in da Vinci’s notebooks. The drawing is named after Marcus Vitruvius Pollio, the author of De Architectura who wrote about human proportions while comparing them to architectural principles.

This drawing shows the symmetry in every person by demonstrating how these proportions relate to Leonardo’s idea that man was created in God’s image.

It is housed at the Gabinetto dei disegni e delle stampe of the Gallerie dell’Accademia, in Venice, Italy. It, like other works on paper, is only shown to the public on rare occasions, thus it is not part of the museum’s regular exhibition.

It was recently on exhibition in the Louvre as part of an agreement between France and Italy, from 24 October 2019 until 24 February 2020.

5. The Virgin and Child with St. Anne and St. John the Baptist

The Virgin and Child with St. Anne and St. John the Baptist is a large charcoal, black and white chalk drawing on eight pieces of paper that are stuck together to form one large drawing.

It is speculated that it is a study or “cartoon” for a large painting, yet no such painting exists. It is occasionally referred to as The Burlington House Cartoon due to it being housed in the Royal Academy in London which is situated in Burlington House.

It was once attacked by a mentally ill man with a shotgun, who damaged the glass covering it and the drawing itself, it has since been restored.

Leonardo da Vinci’s Salvator Mundi is one of the most expensive paintings of all time. It was sold for $450 million to Saudi Prince Bader bin Abdullah bin Mohammed bin Farhan al Safadi at Christie’s auction in New York City on November 15, 2017.

The artwork, which dates from about 1500, had been lost to history for more than 200 years, had been damaged and poorly repaired, and had been sold and resold as a minor work.

Salvator Mundi was supposed to make its public premiere in September 2018 at the Louvre Abu Dhabi, but the museum abruptly postponed the presentation, and the artwork hasn’t been seen in public since.

7. Lady with an Ermine

The story behind the Lady with an Ermine is that it was commissioned by Ludovico Sforza’s mistress, Cecilia Gallerani, for her private collection. The story also states that she posed for Leonardo da Vinci when he was working on this piece.

The painting depicts a lady seated with her hand over her lap, while holding an ermine in her other hand. Lady with an Ermine is considered to be one of Leonardo da Vinci’s most famous portraits for its beauty and the mystery behind it.

The composition is a pyramidic spiral, like in many of Leonardo’s works, and the sitter is caught in the action of moving to the left, illustrating Leonardo’s lifelong concern with the dynamics of movement.

8. Virgin of the Rocks

Both versions were originally oil on wood panel but the Louvre version has been transferred to canvas by French restorer Fr Hacquin in roughly 1806.

Two more paintings are connected with the commission: side panels, each with an angel playing a musical instrument and finished by Leonardo’s colleagues. Both are on display in the National Gallery in London.

Both paintings depict the Madonna and Child, as well as the baby John the Baptist and an angel, on a rocky background, which gives the works their common name. Except for two minor differences, the compositions of each are almost identical.

The major compositional changes are in the angel’s gaze and right hand. There are many small differences between the paintings, including the colors, lighting, vegetation, and the way Leonardo utilized sfumato in the Louvre version.

It is Leonardo’s only painting on the American continent, and it is the first of only three known portraits of women he painted, the others being  Woman with an Ermine in Krakow and the Mona Lisa at the Louvre in Paris.

Unlike Leonardo’s other portraits of women, she has an almost indifferent expression on her face and is devoid of all personality.

The bottom of the picture was removed at some time, probably due to damage, and Ginevra’s arms and hands are believed to have been lost.

Leonardo da Vinci’s Saint John the Baptist is an oil painting on walnut wood. It was finished in 1516 and is part of da Vinci’s last series of paintings before his death.

The image of John the Baptist is shown in solitude in the painting using chiaroscuro, with the figure seeming to emerge from the dark backdrop. The saint is clothed in furs, has long curly hair, and smiles enigmatically, reminiscent of Leonardo da Vinci’s renowned Mona Lisa.

It recently underwent an intensive ten month restoration process, despite being varnished regularly it had not had an proper restoration since 1802

One of the main goals of this restoration effort was to remove about 15 coats of varnish that had yellowed and obscured the original painting’s nuances and color.