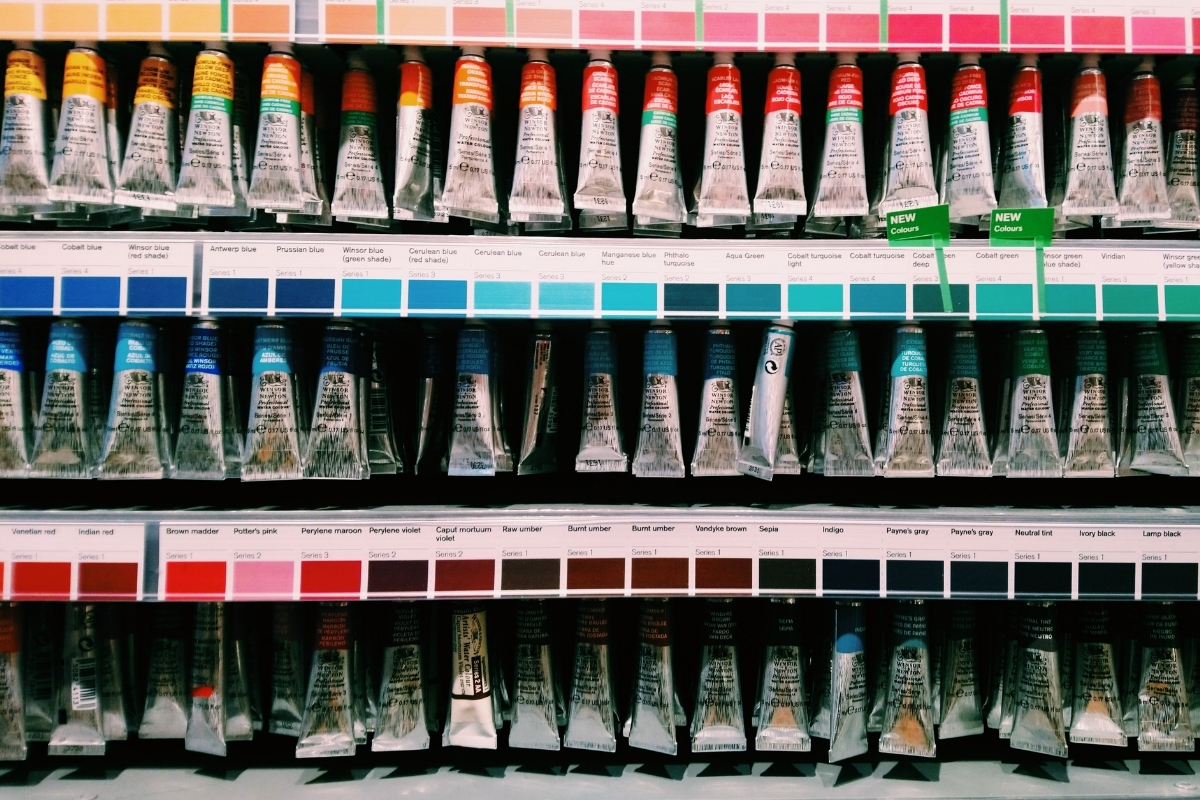 A medium in art is the material the artist uses to make his artwork. Different mediums have their own unique properties and characteristics which give creative freedom where other options would be limited.

A work of art can be made of different mediums – a painting will use paint applied to a canvas or surface, while a sculpture will be pressed or molded.

What is a Medium in Art?

A medium is the material that is used to create the actual work of art. Common mediums in art are oil, watercolor and acrylic paint, clay for sculpture and paper for collage.

Different materials have different properties, reflect light differently, and move differently. The use of various media allows for more artistic expression because it adds another channel of expression to the artists.

A medium is a means of expression. There are different kinds of media that can be more or less effective depending on the effect you want to achieve.

Media can communicate from one place to another, give information, tell stories, express emotion and so on but they all have an audience in common with which they interact.

A medium will provide paintings, sculptures or drawings with certain abilities and limitations.

What are the properties and characteristics of different art mediums?

An acrylic painting is done with acrylic paint, that is the paints made from the synthetic resin and have low odor. Acrylics offers versatility to experiment with many styles, techniques and types of paint.

It is an ideal painting medium for beginners. Being water based, it dries quickly saving time and can be used in wet on wet style techniques of painting. It can also be thinned with water up to a point. Acrylic painting requires less brushes than oil paints and also has a huge range of colors.

Acrylic paint is one of the best mediums for art because it can be applied in many different ways.

A lot of people seem to think there is something magical about acrylics. They think they’re inferior to oils, or that they don’t have the same tonal qualities, or that they are somehow harder to work with but all of that is just not true.

Acrylics are a lovely medium to work with and it’s great fun to learn how to use them properly.

A piece of chalk is a stick of compressed mineral pigment and clay that is composed to such a fine degree that particles are nearly invisible.

One can perceive the shape and texture of chalk by rubbing it between ones fingers. It’s important to note that the impression comes from the physical and chemical makeup of the pigment.

Chalk is used in many ways and for many purposes. Not only can it be written on and used on different kinds of surfaces, it can also be used as an artistic medium.

Artists have been using chalk in their drawings and paintings for centuries. Even nowadays, chalk has evolved into a number of different varieties that present unique textures and colors.

Charcoal is a soft, black, brittle stick made of burnt wood. It makes marks on paper or canvas similar to graphite but has a warmer appearance.

Charcoal is one of the most commonly used drawing mediums. It has been around for thousands and thousands of years, as it has been used by cave painters (in fact the word charcoal is derived from the Greek word karabbak meaning carrier or coal) .

Charcoal has been used since ancient times for drawing or sketching because of its softness, blackness and ability to make lines of varying degrees of thickness. Ancient Egyptians used the material in making hieroglyphics and Greeks used it in the outline drawings that served as models for sculptures.

Also Read: What to Draw

It is a popular medium for artists today and a lot of artists will use charcoal for quick sketching work or preparatory work on canvas before painting starts.

Charcoal is an excellent material for sketching. It’s easy to handle and erases well and smudges beautifully. It’s essentially pure carbon, so it never dries out (unlike graphite… which is, in fact, part charcoal).

And yet it’s disposable enough that you can also use it for studies, drawings, and loose sketches.

A colored pencil is a medium in which artists create realistic or abstract images that combine color with the properties of graphite, a form of mineral based pencil lead.

Their use is essentially the same as with graphite pencil or stylus tools such as a brush or other drawing implement are often used when creating fine art pieces.

Colored pencils were created by the Caran d’Ache company in the early 1800s. The first mass-produced colored pencils came out of Germany in the 19th century, at which time the world’s first color catalog debuted.

It wasn’t until well into the 20th century that these pencils gained popularity with artists.

Graphite pencils can be used in a variety of ways. They can create thin and thick lines depending on the amount of pressure you apply while drawing.

Graphite pencils are used to create a wide range of media. From self portrait studies to realistic reproductions, the detail and shading that a quality graphite pencil is capable of displaying is enormous.

It’s fine texture and soft nature allows for the artists medium to be transformed into an array of natural colors, soaked upon and blended with layered strokes.

Why do artists use oil paints? Many reasons. Oil paints are made from a base of drying oil such as ground linseed, poppy seed and walnut being the most common and some form of pigment.

Their physical characteristics give them an amazing range in how they can be used. Acrylics dry quicker than oil, but don’t offer much flexibility in working methods.

Oil paints are the best medium for creating works of art. The invention of oil painting, coming after millennia of mixing natural pigments with solvent to suspend them on a surface, changed all that.

When you use oil, you can mix it with any and every color and make a wide range of subtle shadings which cannot be replicated in any other medium.

Oil pastels are great for sketching, drawing and painting – they are often used on their own, or mixed with watercolors, gouache, acrylics. Oil pastels have a combination of properties which makes them very versatile.

They are made of pigment suspended in oil and wax, so you can blend colors together like you do with watercolor paints. Oil pastels are good for building up layers (just like watercolor paints).

They are used extensively by architectural firms for making mock up drawings of how a building may look.

Tonal drawings are created with a continuous tone of grey, using the full range of pen tones from black to white.

A soft pastel is a medium composed of a tiny pigment and binder on a stick. It is combined with water-soluble gum arabic to allow it to adhere to the paper.

Soft pastels provide a rich velvety matte surface and are capable of great subtlety. Due to their softness, they blend very well and are much harder (physically) than most pencils, making them a good substitute for watercolors for some applications.

Soft pastels have been around for a long time. They started in Europe, were popularized by American companies in the 50’s (like Rembrandt) and have been growing in popularity ever since.

Soft pastels can be used on any tone of paper, but should be used with a non-photo white paper for white, pink, yellow and blue due to the oil base.

Tempera paint is made by mixing dry pigments with an egg based binder. It is painted on a panel (usually made of wood) with an absorbent, usually linen or canvas, ground.

Tempera paint was used for the vast majority of paintings before the 16th century and its heyday was the Renaissance when it was further developed as an oil alternative.

Tempera paint is one of the oldest medium in the history of painting, dating back to the ancient Greeks. It is made from mixing three main ingredients : water, pigments and ground chalk.

The traditional way of making tempera paint was mixing the ingredients with a “gouache binder” (a mixture of tragacanth gum and egg white).

Watercolor is a wet painting technique. When working in watercolor, the artist makes use of the fact that water will dissolve and disperse pigment, but will not dissolve paper.

In painting, the basic ingredients are pigments–pigment is just the fancy word for paint–and water. Painting pigment with water produces something magical: colors that change as they dry.

These changes in color are called ‘luminosity’ and this is what makes watercolors so richly expressive.

Watercolor is easily the most sensitive and responsive of all mediums. It’s suitable for people of all ages and any level of artistic talent. It is a great medium for beginners – a simple yet rewarding art form, and one which goes back to the earliest days of painting.

The techniques used in it have their origins in Chinese and Japanese paintings, but they can be seen in many other traditional cultures.

The modern watercolor technique was developed in England during the eighteenth century and became very popular in the 19th century, especially with British landscape artists.