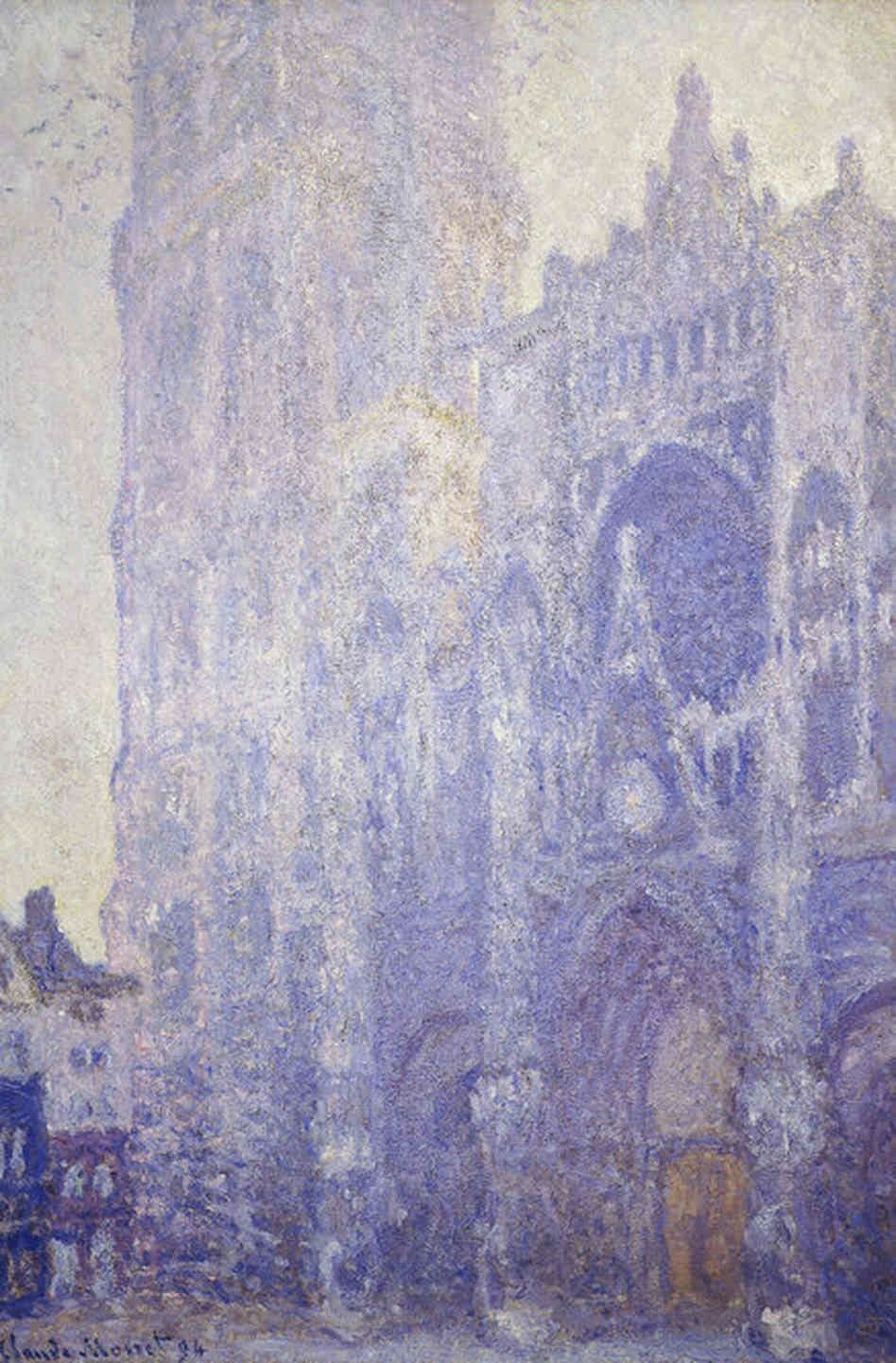 Just like his other series of works when painting Rouen Cathedral Monet had sought to capture the varying affects of color and light throughout both the seasons and at different times of the day.

Monet would paint the mighty cathedral of Rouen in Normandy more than thirty times between 1892 and 1893, several of which were later reworked at his studio in 1894.

From various different angles and light conditions as was often his approach to painting.

Like most of paintings by Monet the subject matter of the Rouen Cathedral presented a challenge as to the artist as the affects of light would change quickly throughout the day.

This would lead Monet to paintings several canvases on the same day, usually only working on one for mo more than one hour.

Once the light had changed beyond an acceptable limit he would simply stop work on that canvas and wait for another similar day in terms of light and weather so that he could continue working on it.

Monet actually had his studio at Rouen in rented accommodation across from the cathedral.

Throughout Moet’s Cathedral series of paintings the artist would paint the building from five separate view points.

Three different points of view from the building in front of the cathedral and two from the square.

The impressionist paintings of the cathedral were both a critical and financial success.

At the time in France there was a significant revival in Catholicism and some of the success of the paintings should be attributed to this.

As with many other of Monet’s series the object or subject matter in question is of lesser importance than that of it’s relationship with light.

On such a large man made structure how light moved across it and the colors that would be produced at different times of the day and seasons is what truly interested Monet.

Unlike his series of Haystacks Monet had the chance to work on a very large object year round and often from the comfort of a indoor view point.

Capturing the exact subtleties of the specific color hues of the light on the cathedral and any point in time was a considerable challenge.

Monet would often quickly sketch out the painting and then finish it from memory.

Unlike some of his other works like the Japanese Bridge Monet and The Artist’s Garden would use very thick paint when painting the Rouen Cathedral often in multiple layers which allowed him to manipulate the colors and the depth considerably.

Many of the canvases were later reworked at his art studio at home in Giverny.

In fact some were retouched so that there was some continuity in the and many were adjusted in relation to each other.

As a result of so many being completed in his home study a lot of them are dated 1894 even though they may have been started in Normandy several years earlier.

Upon completion of the series Monet choose 20 pieces that he considered ‘complete’ and they were displayed as a collection at Galerie Durand-Ruel in Paris.