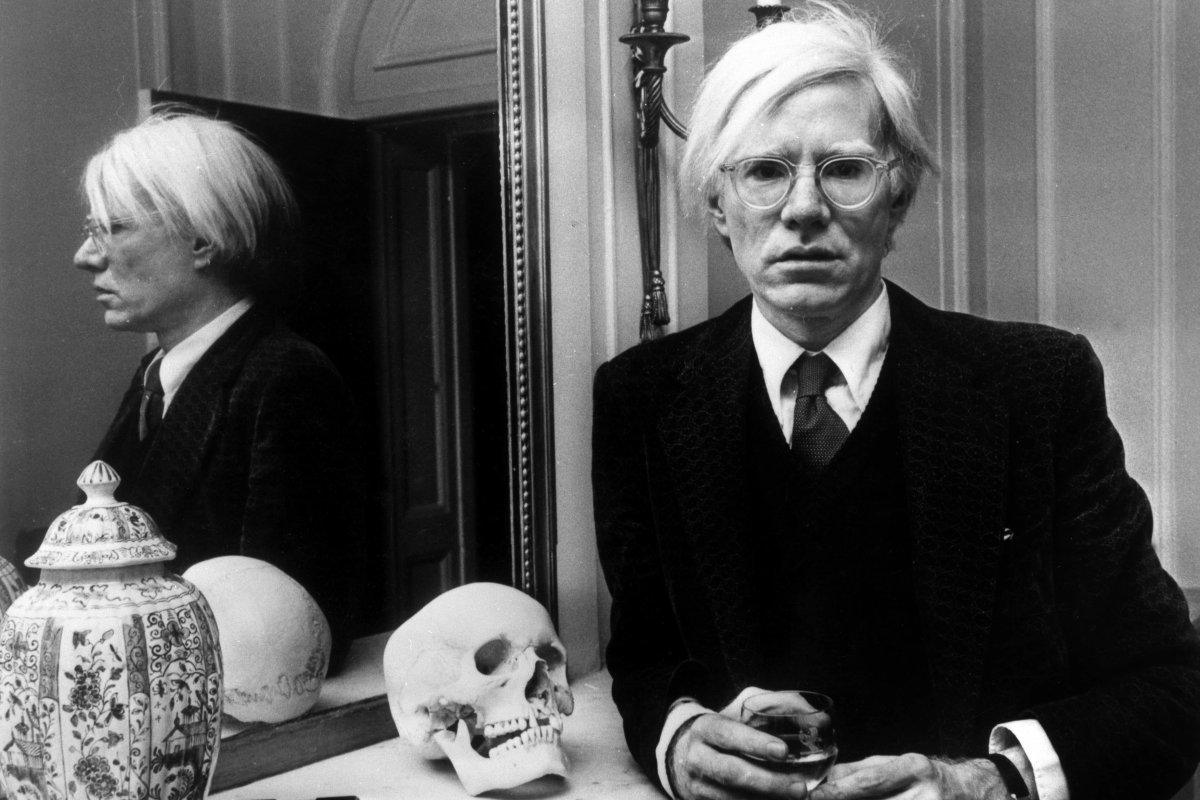 Andy Warhol made a name for himself as a recognized pop art artist in the early 1960s when he began focusing on paintings and his own method of silkscreen prints of brand name foods and celebrities.

He became one of the 20th century’s best-known modern artists for the pop art and commercial beginnings to his work with films, authoring books, and his many brushes with the rich and famous at his studio, The Factory.

He was also known for his recognizable personal style. In the end, he left a legacy that will long be remembered.

The movement of Pop Art celebrated, and ironically also critiqued the post-war American culture of consumerism.

Warhol was known for his unique mix of avant-garde and commercial techniques. He blurred the lines between fine art and mainstream aesthetics.

Perhaps he is best known for his iconic 1962 Campbell’s Soup can works that sent pop art into mainstream focus along with his name.

Additional pop works include those featuring Coca-Cola, hamburgers, and even a vacuum cleaner.

Along with Jackson Pollock, Warhol can be considered as of of the most famous American artists of the 20th century.

He may have had humble beginnings, but that didn’t last long. Andy Warhol was born August 6, 1928 in Pittsburgh, Pennsylvania to working-class Slovakian immigrant parents. His birth name was Andrew Warhola.

At 8 years old, he contracted Syndenham’s Chorea, a rare and sometimes deadly illness caused by scarlet fever that attacks the nervous system. He was bedridden for several months.

It was during this time that his mother, who was a skilled artist, gave him his first drawing lesson. Andy took to it quickly, and it soon became his favorite childhood hobby.

He also loved the movies, so his mother bought him a camera when he was 9. He quickly took up photography as well. He would develop film in a makeshift darkroom in their basement.

When he was 14, he took free art classes that were offered at the Carnegie Institute. When his father died, he left all of his life savings set aside for his son’s college education.

So, when Andy graduated from high school in 1945, he began studying pictorial design at Carnegie Institute for Technology.

He was drawn to art and had the goal of becoming a commercial artist. He attained a Bachelor of Fine Arts degree in 1949 and moved to New York City to pursue a commercial art career. He also made the decision to drop the final “a” from his last name and shorten his first name to Andy.

He had a unique style that was simple yet captivating. His whimsical line drawings of cats and butterflies captured the attention of clients.

It was especially his drawings of women’s shoes that made him one of the most sought after and highly paid illustrators in New York.

Warhol And The Factory

Warhol was known for more than just art. He stood out in a crowd with his short platinum blonde wig. He also loved to throw parties at his studio, The Factory, that attracted celebrities.

In The Factory, he created artwork of paintings, drawings, sculptures, and even films. He also did pieces reflecting shadows and Rorschach blots that hinted at the sublime.

He worked as an illustrator for a few short years before he began to reinvent himself as a fine artist. He began to base his paintings on images from news photos, film stills, celebrity headshots, logos, and advertisements.

He began the process of converting his source images into paintings through the photo silk screening which he then printed on canvas.

Even though it was a commercial process, he retained any smudges, alignments that were off, or inconsistencies that would occur which gave his work the appearance of being handmade.

Portraits of celebrities was another specialty of Warhol’s art. He painted them in vivid colors. As word began to spread that he was painting portraits, he rose to fame among the stars and well-known figures.

Some of his most famous portrait paintings include Marilyn Monroe, Elizabeth Taylor, Mick Jagger, and Mao Tse Tung. His Eight Elvises portrait became one of the most valuable paintings of all time in the entire world selling for $100 million in 2008.

In 1968, Andy Warhol nearly died when he was shot by actress Valerie Solanis. She was an extreme feminist who had a bit part in one of Andy Warhol’s films and was reportedly upset that he didn’t use her rewritten script.

He underwent many surgeries and then wore a surgical corset for the rest of his life as a result of the injuries.

After the shooting occurred, his work became more introspective. He created colorful, stylized paintings of dollar signs that reflected his own artistic status he had acquired where every scribble had great value. He also created self-portraits that reflected his haunting fear of death.

He was only 58 years old when he died, on February 22, 1987, but he left a legacy that made a lasting impression on the art world and beyond.

The Andy Warhol Foundation for the Visual Arts was established to support projects and artists in visual art. More than 700 original Warhol pieces along with his Time Capsules, boxes of ephemera that he started assembling in 1974, and 350 films are on display at The Andy Warhol Museum.

He earned several awards for his unique, whimsical style that used his own blotted line technique and rubber stamp.

Years after his death he was honored on a U.S. postal stamp, and in 2011 a statue of him with his Polaroid was unveiled at Union Square in New York City.