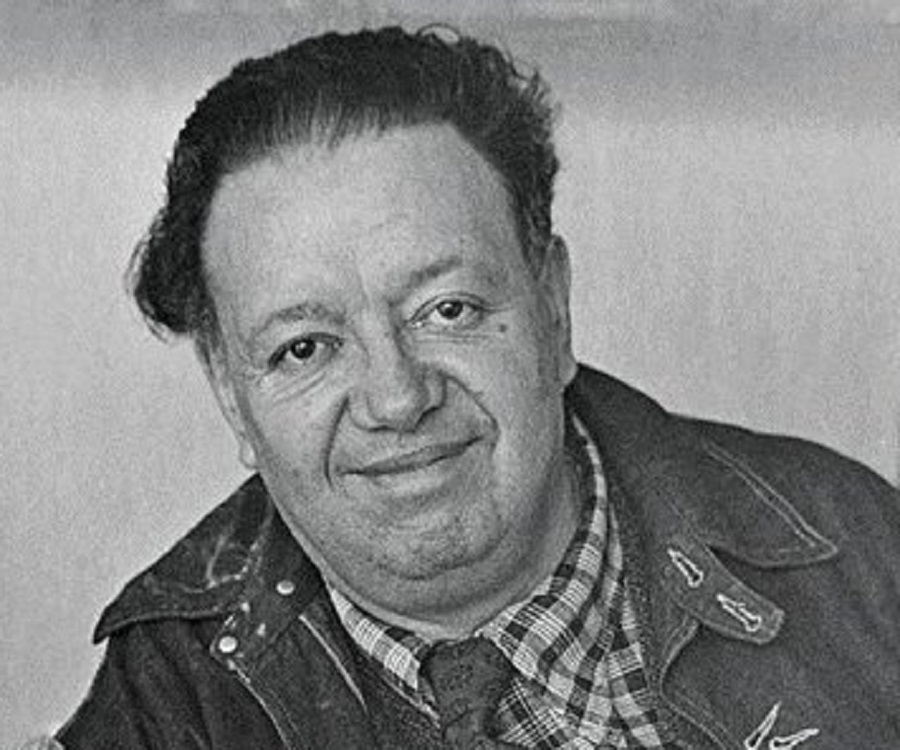 Diego Rivera, now thought to be one of the leading artists of the 20th century, was born in Guanajuato, Mexico, in 1886.

Rivera was a Mexican artist and a Muralist who sort to make art that reflected the lives of the working class and the native Mexican people.

Diego Rivera’s passion for art began at a young age when he went to study art at the San Carlos Academy of Fine Arts, Mexico, through a government scholarship.

He studied with Gerardo Murillo, an artist who would later become a driving force of the Mexican Mural Movement, which Rivera was involved in.

Upon completing his studies in 1905, Rivera had more than two dozen paintings exhibited in the San Carlos Academy Art Show.

His famous works of this time are the “La Era”- The Threshing, which showed elements of Impressionism in the lay of light and shadow, and his prowess in color use.

Subject Matter of his Artwork

Rivera went to Europe in 1907, where he met some influential modern artists like Pablo Picasso and Georges Braque, who became very instrumental in his artistic journey.

He went to Madrid at the San Fernando Royal Academy, where he studied with Eduardo Chicharro Aguera, a Realist painter.

In Madrid, Rivera created the ” Night Scene In Avila,” a painting that contained both elements of Realism and Impressionism.

Diego Rivera showed six of his paintings at an exhibit sponsored by The Society of Independent Artists in 1910, Paris.

Some of his famous works from this time are “Head of a Breton Woman”- a realistic portrait, ” Breton Girl” and ” House Over The Bridge.” The Renaissance Frescos inspired his interest in murals on a trip to Italy in 1920.

Rivera dabbled in Cubism painting at the start of his art career, but he later embraced post-impressionism. Rivera’s paintings became more abstract progressively, being influenced by Pablo Picasso and Paul Cezanne.

His 1912 painting of the ” View of Toledo” contains both Cubist elements and recognizable buildings in the landscape, while his 1913’s ” Portrait of Oscar Miestchaninoff” depicts the Cubist influence on his art.

Before returning to Mexico in 1921, Rivera met with David Alfaro Siqueiros, a fellow Mexican painter with whom he sought to create new national art.

Rivera was a dedicated Marxist, and he got involved in the Mexican Communist Party in 1922 upon his return to Mexico in 1921.

Rivera lived a very turbulent life, and he received funding from the government to do a series of murals such as the Escuela Nacional Preparatoria in Mexico City.

Diego Rivera stayed in the United States in the early 1930s, where he did murals for several institutions. Most of his art in his 30s shows scenes of stories of farmers, miners, peasants, and industrial laborers, with the best known from this time being the Flower Vendor and Flower Carrier.

Some of his frescoes from 1924 showed festivals such as ” The Maize Festival” and ” The Day of The Dead.” Rivera’s work around this time, (1923-1935) captured the attention of both onlookers and critics from Buenos Aires to Moscow.

This work included monument frescos in sites such as the Escuela Nacional de Chapingo, the Palacio Nacional, the Palacio de Cortés in Cuernavaca, and the Secretaria de Educacion Publica in Mexico.

After painting a series of murals in Mexico, Rivera traveled to the Soviet Union to celebrate the October Revolution anniversary, and later to the United States.

The audience and artists in the United States were more receptive to his work and ideas. In the next five years, he did significant mural cycles in Detroit, New York, and San Francisco, making him a truly international art celebrity.

In Detroit, Rivera produced 27 panels showing the evolution of Ford Motor Company, ” Detroit Industrial Murals” at the Detroit Institute of Arts, which he considered one of his most successful works.

His popularity gave him an invite to The Museum of Modern Art in 1931, then two years old, to mount a retrospective exhibition. Here, Rivera created eight portable murals as the centerpiece of the show, and among them was the Agrarian Leader Zapata.

This exhibition was a total success, and it paved the way for his most notorious mural commission in the United States, which he finished in 1933.

Rivera’s next undertaking proved to be his most notorious failure, “Man at the Crossroads,” a mural he was commissioned to paint for the Rockefeller Center. The Rockefellers took exception to the Rivera’s inclusion of Lenin in the mural,

and when he refused to remove Lenin, they canceled all his work, and the mural was removed. Rivera and his wife Frida Kahlo divorced in 1939, but they later remarried and even hosted the Communist exile Leon Trotsky at their home around this period.

Rivera then traveled back to San Francisco, where he completed a series of ten murals for the exposition of the Golden Gate International in 1940. Over the next few years, Diego Rivera completed various commissions in Mexico.

In the six years leading to 1951, Rivera worked on ” From the Pre- Hispanic Civilisation to the Conquest,” a series.

He was honored with an anniversary exhibition to celebrate 50 years of his work at the Palace of Fine Arts, Mexico’s city museum.

Still, he died of heart failure in 1957 before he could complete it. During his life, he married Frida Kahlo, twice, who was responsible for some of the most famous Mexican paintings of the 20th century.

Rivera’s Influence on the World of Art

Rivera was very instrumental in developing national art in Mexico, but one of his greatest accomplishments was its impact on America’s conception of public art.

His art on public buildings depicted scenes of American life, which was an inspiration for Franklin Delano Roosevelt’s WPA program.

Rivera’s original painting style and the force of his ideas have been very influential in American paintings to date.