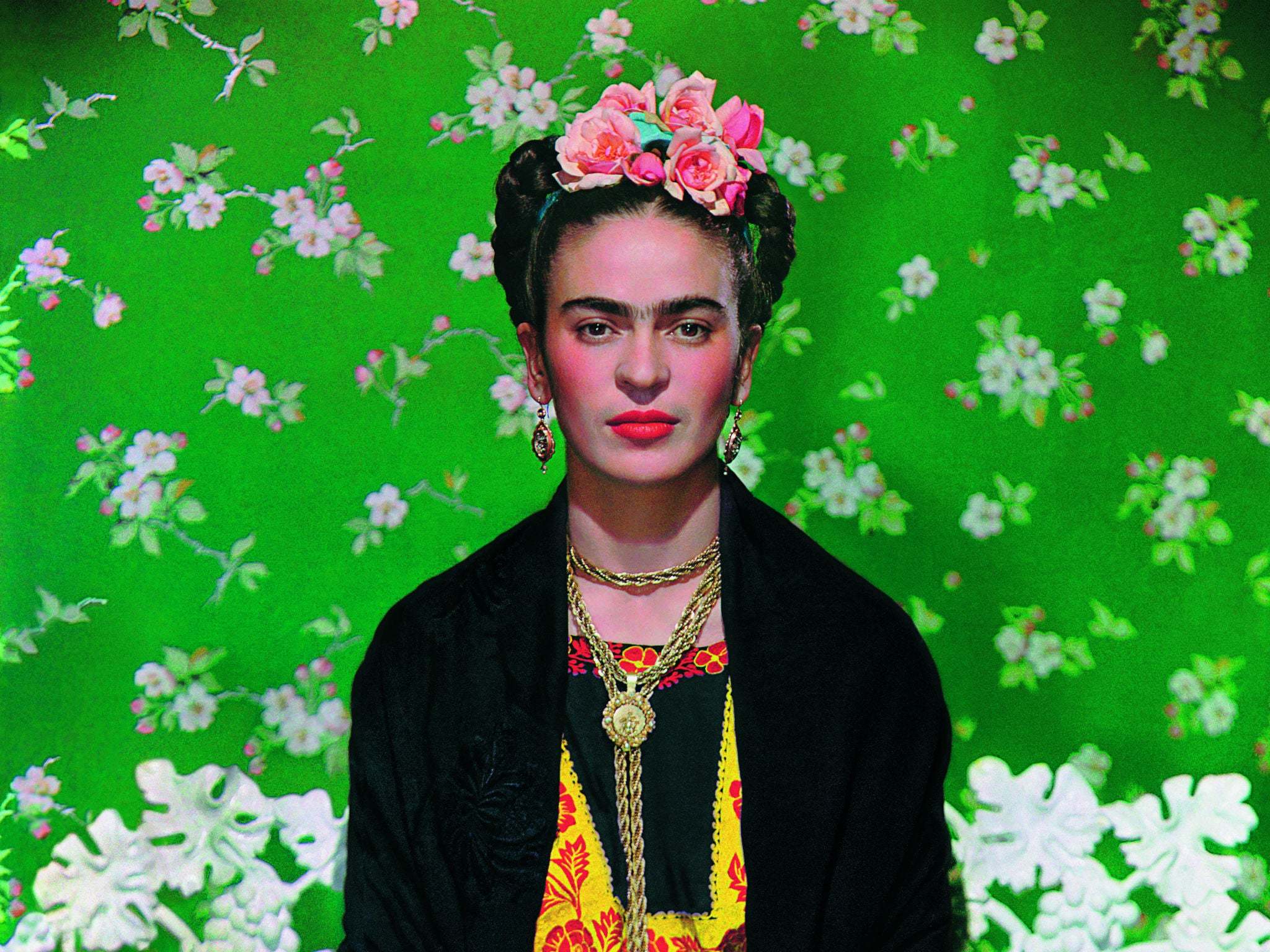 Born in 1907 in Mexico, Frida Kahlo has become very popular today and is arguably the most famous Mexican artists to have ever lived.

Kahlo was born to a Wilhelm, a German photographer who had immigrated to Mexico and married her mother, Matilde.

Frida Kahlo was enrolled at the renowned National Preparatory School, where she developed a very cheerful spirit and a passion for colorful clothes and jewelry.

At the school, Kahlo interacted with some intellectually and politically-minded students, which led her to join the Mexican Communist Party and the Young Communist League.

Her work is almost always top of any list of famous Mexican paintings or of female artists for that matter.

Kahlo’s journey or artistry began after she was involved in an accident in September 1925, which left her on a hospital bed for months.

This accident shaped Kahlo as the celebrated sexy international art star and Mexican pop icon whose work would hang in the world’s greatest museums.

She started painting during her recuperation time at home, and her first self-portrait was a gift to Gomez Arias.

During her three months of hospitalization, Kahlo did self-portraits, which became an integral and dominant part of her artistic journey.

Portrayals of pain characterized her portraits paintings, mostly because she was going through many issues with her marriage, operations, miscarriages, and other personal experiences.

At the time, she had already suffered from polio as a child. She almost died in an accident as a teenager that left her with a shattered pelvis, spine, fractured spine, collarbone and hips, broken foot, and a dislocated shoulder. She had a total of 30 operations.

In 1929, Kahlo got married to Diego Rivera, a famous Mexican muralist. Her marriage to Rivera was very instrumental in her art journey, as they often went together whenever he was commissioned to go for exhibitions or murals.

Kahlo and Rivera went through a series of separation, and even after their divorce in 1939, they got remarried the following year.

Subject Matter of her artwork

Kahlo’s life and art were characterized by introspection and a great reflection of her emotions. Both emotional and physical pain we’re sources of inspiration and relief as well for Kahlo, as noted in one of her famous self-portraits, “The Broken Column, 1944”, which created an ingenious allegory of her broken spine.

In the painting, there are tears down her face and nails penetrating her skin, and with one large nail standing out in place of her heart.

Kahlo is depicted in the painting almost naked, fitted with a surgical brace, split down in the middle, and her spine is depicted as a broken decorative column. This painting showed the devastation to her body after the bus accident in stark detail.

Kahlo once said that she didn’t paint her dream; she painted her own reality. Out of her 143 paintings, 55 were self-portraits, which often showed symbolic portrayals of psychological and physical wounds.

Her work was greatly influenced by her Mexican culture, which was apparent in her use of dramatic symbolism (such as the symbolic monkey) and bright colors.

The Monkey is associated with lust in the Mexican culture, but Kahlo depicted it as tender and very protective. Frida Kahlo combined elements of both Surrealist paintings and the classic religious tradition of Mexico, and her work incorporated both Christian and Jewish themes.

Kahlo never considered herself a surrealist, but in 1938 she befriended Andre Breton, one of the primary figures in the surrealist movement. In the same year, Kahlo had a major exhibition in New York, where she sold around half of the 25 paintings she was showing.

This show brought her two commissions, including one from Clare Boothe Luce, a famed magazine editor. Still, in 1938, she had an exhibition at the Julien Levy Gallery in New York.

Kahlo went to France in 1949 upon an invite by Andre Breton, and she was featured at an exhibition of her paintings. At around the same time, one of her works, The Frame, was acquired by the Louvre, making her the first Mexican artist to be included in the Louvre’s art collection.

The introduction to the brochure for this exhibition was written by Breton, describing her as a self-taught Surrealist.

Later the following year, Frida Kahlo moved to Paris, where she exhibited some of her work and befriended other famous modern artists as Pablo Picasso and Marcel Duchamp.

In 1941, she received five portraits from the Mexican government, but she didn’t complete the project as she was suffering from chronic health issues.

Despite the challenges she was having, Kahlo’s work continued to receive a lot of popularity, and it was shown in several group shows.

By the mid-1930s, there were many marital and extramarital affairs between Kahlo and Rivera, which sabotaged their marriage in 1939. Kahlo and Rivera both had fiery temperaments.

Kahlo was an open bisexual with extramarital affairs with both men and women, including Leon Trotsky, and Riveras affair with her sister only sent their marriage further into the rocks.

In the same year, however, Kahlo painted some of her most famous works, such as “The Two Fridas,” which represented opposite sides of Kahlo, a rejected and a loved side.

Kahlo spent most of 1950 in a hospital bed, and regardless of how much pain she was in, Kahlo always loved a spectacle of herself.

In 1953, Kahlo had a solo exhibition in Mexico, and although she was bedridden at the time, she didn’t miss the opening.

Frida Kahlo’s last years saw a decline in her physical health. One of her previous paintings, ” Viva la Vida, became a tribute to her life. Before her death on 13th July 1954, Kahlo wrote, ” I hope the exit is joyful – and I hope never to return- Frida.”

She was said to have died of pulmonary embolism, although she thought she died of an overdose. Despite the many affairs Kahlo and Rivera had with capitalists, communists, and also literati, the two managed to create some of the most compelling art of the century.

Frida Kahlo is celebrated and remembered for her self-portraits, the pain and passion she portrayed in them.

In Mexico, she is celebrated for her attention to Mexican and indigenous cultures, and feminists applaud her for her master depiction of the female form and experience.