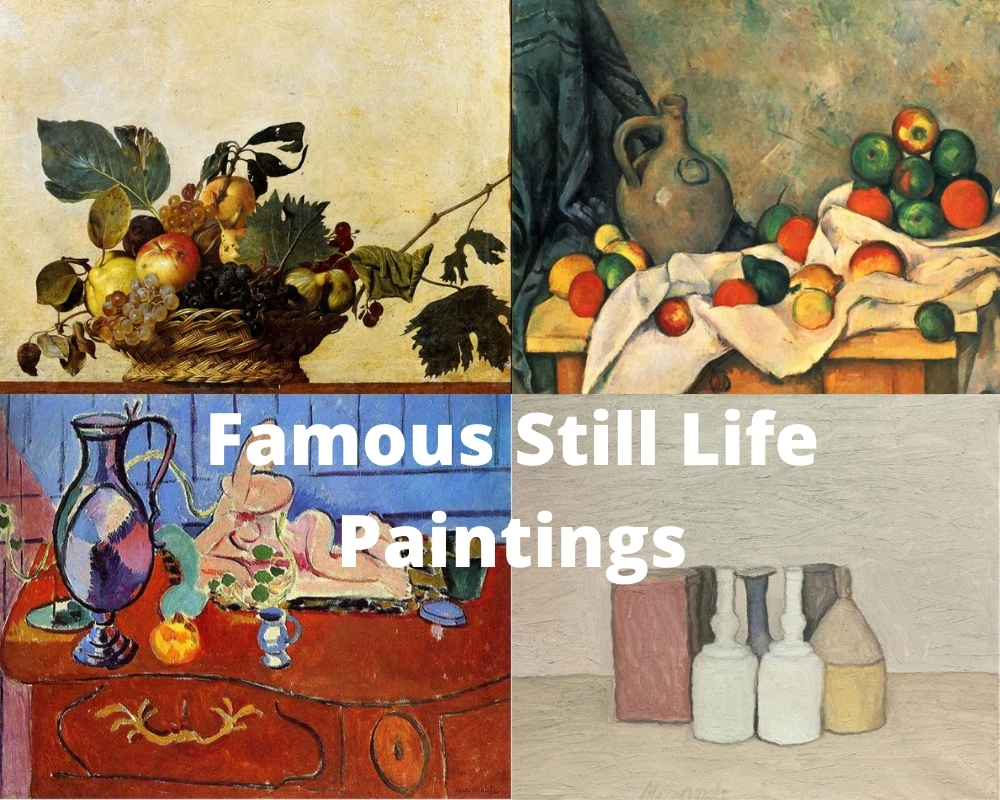 Still life painting began to take hold in the art world sometime during the 16th century, according to most historians. In a time when other artists were still focused on painting portraits of religious and historical significance, still life works began to appear as a unique method of bringing new focus and meaning to seemingly everyday items.

Some of the greatest still life artists painted such mundane objects and items as pitchers, bowls and other scenes from everyday life while others focused on other kinds of inanimate objects such as flowers, glasses, and mirrors. Many of these artists played with the different ways light affected the appearance of certain objects.

Some of the most famous painters in history were often tied to the still life genre. Artists like Vincent Van Gogh, Paul Cezanne, and Henri Matisse dabbled in still life painting and would thereby shape the future of art in painting and other mediums.

Despite his struggles with mental health, Vincent Van Gogh is widely considered to be a master when it comes to painting—especially works that pertain to still life.

The artist had an uncanny ability to select ordinary subjects and paint them in a way that renewed interest and highlighted some of the best qualities in things like flowers or kitchenware.

Van Gogh’s work titled Sunflowers is one such painting that was part of a larger series devoted specifically to the intricate nature of the sunflower.

Van Gogh painted the sunflowers in such a way that it brought new life to the plants and accentuated every shape and contour on each stalk and leaf. He painted the works in 1889 in the French town of Aries. Each painting featured a collection of sunflowers placed inside a vase.

He is known to have painted some of the series while another famous artist, Paul Gauguin, lived with him in the Yellow House.

Gauguin described Sunflowers as being “completely Vincent” noting that the paintings illuminated the flowers in such a way that brought a new appreciation for the many different hues contained in each petal.

Many art critics and enthusiasts argue over whether Paul Cezanne or Van Gogh was the greater master as it pertained to still life paintings.

Regardless of personal opinion, there is no denying that Cezanne produced some of the greatest paintings in the still life genre. His ability to paint still life items with a remarkable level of realism is on full display in his work titled Jug, Curtain and Fruit Bowl.

Cezanne painted this work in 1894 and it has been hailed for the unique manner in which the artist fills out the composition with a balanced perspective. This particular work is one of the most expensive and famous fruit paintings ever sold at auction, garnering more than $60 million in 1999.

A closer look at the painting makes the viewer feel almost as if they might be able to reach out and grasp one of the ripened pears or apples. Many art critics praised Cezanne’s ability to balance the colors of each piece of fruit, which range from orange-like hues to deep green.

Georges Braque was one of the founding members of the Cubism movement which focused on the unique implementation of angles and geometric shapes. The artist blended that style into a sort of still life approach in some of his cubist paintings —most notably, a painting called Violin and Candlestick.

Painted in 1910, this work brings a strangely energetic feel to an otherwise mundane scene that’s painted in rather dull colors. Braque took the approach of painting each object with a special, flattened technique that produces an overall heightened appreciation for the violin and candlestick as each is conceptualized in many different angles.

Braque noted that he wanted the viewer to see the painting with a renewed sense of form and boundary. The artists painted the forms near the very center of the canvas, which causes the viewers focus to gravitate toward that direction while seeing new perspectives of each object within an ever-changing scene.

While many different artists painted works that focused on fruits and vegetables, few had the ability of Jacob Van Es to create images that were almost appetizing with incredible levels of realistic depiction. His work titled Still Life with Fruits in Porcelain depicts various fruits laid on a table with gentle light shining in, highlighting the form of each part of the painting.

The Flemish Baroque artist finished the work in 1630, and it has remained as one of the most famous still life creations in history. Van Es showcased his mastery of light and darkness, as well as the natural coloration of each fruit and vegetable in the painting.

The painting offers a distinctive view of the items portrayed as the colors seem to shift from a dull yellow into a vibrant red. Many critics say the most impressive aspect of this painting is related to the use of light and dark in the background and foreground.

One of the more well known modern works in the still life genre was painted by Giorgio Morandi. His work titled Natura Morta was done in 1951 and features a range of objects that are all portrayed in subtle and prominent white hues.

The simple nature of this work leads the viewer to focus more upon the shapes of each item rather than the colors that might otherwise accompany each one. Most art critics have commented that Morandi’s work as it did not adhere to any other type of still life painting and seemed to remain in a style all its own.

6. The Basket of Apples – Paul Cézanne

Paul Cezanne’s masterful use of light and dark is on full display in his work titled The Basket of Apples. Painted in 1895, this work offers a view of a table that’s full of apples that have spilled out of a basket in an almost unreal manner. Many art critics and enthusiasts have noted that the work seems to be purposefully unbalanced as the bottle tilts to the viewer’s left while the fruits appear to be near falling from the table’s surface.

Cezanne famously painted scenes that were unbalanced as a means to force the viewer to consider new perspectives of space and composition. This painting is also one of Cezanne’s most rare as it bears his signature—a trait that he did not afford most of his works.

The Italian painter known as Caravaggio is said to be one of the greatest painters to depict the stark contrasts between light and dark. His work, Basket of Fruit, is another such display of the unique manner which he was able to illuminate parts of his works while other portions of the same painting are draped in darkness.

Painted in 1599, this work offers an incredible level of realism that has seldom been achieved by those working within the still life genre. A closer look reveals that the fruit depicted in the painting has spoiled and has begun to rot.

While many early still life artists focused on fruits and objects like vases and pitchers, Adriaen van der Spelt painted a striking scene of a large flower garland that was belittled by an immensely realistic curtain on the right of the canvas. Painted in 1658, this work was titled Trompe-l’Oeil Still Life with a Flower Garland and a Curtain.

It has remained as one of the most iconic still life paintings ever created for the intense level of detail in even the smallest portions of the painting. Many art enthusiasts and critics point to the significance of the flowers appearing on the left side being wilted while those near the middle are filled with life. This draw the viewer to wonder what is actually behind the curtain itself.

Artist Paul Gaugin was very close to legendary still life painter Vincent Van Gogh to the point that the two had very similar styles of painting. Gauguin’s work, Wood Tankard and Metal Pitcher has similar undertones to many of Van Gogh’s works, but features its own unique characteristics that establish it as one of the most famous still life paintings in history.

Painted in 1880, this work has long been hailed by critics and art lovers alike for the use of contrasting materials. The artist manages to portray the wood tankard and the metal pitcher in such a way as to accentuate each object’s own way of reflecting light and bringing the viewer’s full focus to each item.

Henri Matisse is considered one of the most prominent figures in still life artwork and his painting titled Still Life with a Pewter Jug and Pink Statuette is noted as one of the most famous of all time. The painting was completed in 1910 and features objects that are filled with vibrant colors atop a dresser of some sort.

This painting comes from Matisse’s Fauvism period when he was known to blend exceptionally bright colors together with a linear style of painting. The painting contains the famous blue walls that were characteristic of many of Matisse’s works since they reflected the actual appearance of his house near Paris.

Fauvism involved a style of painting that focused more on bringing out the lively colors inside each specific object, which Matisse does in this work. This style would later launch him into an influential role among artists who worked in 20th century Modernism.