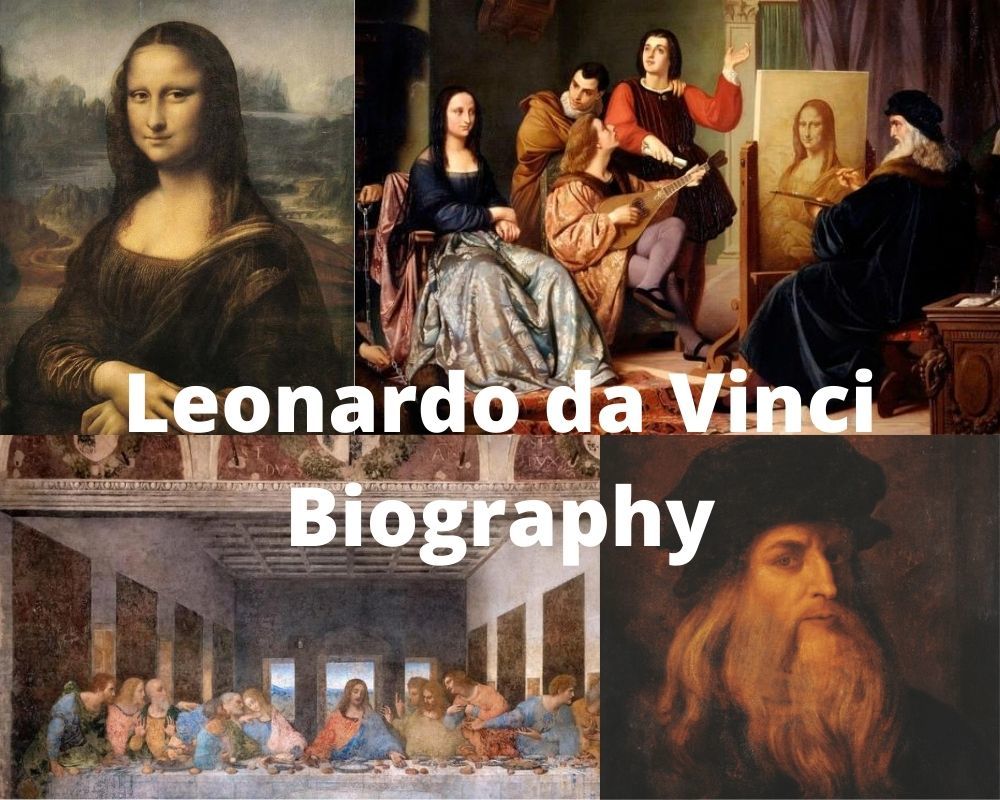 Leonardo da Vinci is one of the greatest artists of the Renaissance era. No question that da Vinci had a very curious, imaginative mind, which often came out in his paintings.

Still to this day, his popularly is as high as ever from those within the art community. da Vinci still inspires a generation of future artists.

Da Vinci was born out of wedlock on April 15, 1452 in Tuscany, Italy. He was raised on his family’s estate by his father, uncle and grandparents.

Da Vinci’s first known artwork was a simple drawing of the landscape near his home in 1473. Little known fact about da Vinci is that he was ambidextrous.

Contemporaries remarked that they witnessed him writing with one hand while painting with the other. This unique approach allowed him to make personal notes during the creativity process.

At first, da Vinci took a liking towards music as he was training to become a lyre (a U-shaped harp) player. However, his interest changed after meeting Florentine painter Andrea del Verrocchio.

He encouraged da Vinci to learn and appreciate the outdoors as it became a prominent subject matter in most of his finished works. Under Verrocchio’s tutelage, da Vinci learned a wide range of artistic paint brushing techniques.

Also, he was introduced to drafting and plastering that partnered very well with his own style of painting and drawing. This allowed da Vinci to employ a linear perspective into all of his artwork.

It brought an avenue to share his love of the sciences with his audience through the arts.

Considered as the most famous artist of all time along with Raphael Sanzio, Donatello and Michelangelo he is held in high esteem as one of the greatest Renaissance artists, architects and engineers

Science and Invention Were Apart of da Vinci’s Legacy

By today’s standards, da Vinci would have been considered a groundbreaking military engineer. He was renowned for his expertise in the area of engineering, chemistry, geology, geometry, physics and zoology.

But this information was unknown to the public until over 150 years following his death. da Vinci’s personal journal showed many of his scientific drawings, personal observations and revolutionary military inventions. Those included a flying machine, a war machine, tanks and other military weapons.

Some of his more popular military inventions was a war machine made out of a chariot with blades mounted on each side. Another was an armored tankard that held a crossbow manned by two soldiers as the vehicle is moved by the remainder of the battalion.

Finally, da Vinci’s flying machine resembled part-bicycle and part-helicopter. He did proposed to the city of Venice to build a movable dike to protect the border from invasion.

It was determined that a project of this nature would bankrupt the city. Still as an inventor, da Vinci was well ahead of his time.

Rarely, did da Vinci ever divide his sketches into separate categories of arts and science. He felt both areas intertwined with one another as da Vinci firmly believed the study of science made him a better overall artist.

After his apprenticeship with Verrocchio, da Vinci qualified to become a master artist and he opened his own art studio.

Still, he would collaborate with his mentor on one more painting, the “Baptism of Christ.” da Vinci worked solely on painting the background and the young angel holding the robe of Jesus Christ.

da Vinci is famous for three paintings: the “Mona Lisa”, the “Last Supper” and the “Vitruvian Man.”

The “Mona Lisa” is arguably one of the most famous paintings in the world. One of the great allures of this artwork is the identity of the subject, which no one has confirmed.

Some observers believe the image was da Vinci’s mother, others thought it was Princess Isabella of Naples or da Vinci’s apprentice Salai dressed in drag.

The local tall-tale is a respected local merchant from Florence commissioned da Vinci to paint his wife’s portrait. The merchant wanted a painting of his wife to celebrate the pending birth of their child.

This story is supported by the fact that the model did indeed look like her facial features was bloated, which is a common trait for pregnant women.

The only questionable part of the story is the merchant never received the commissioned artwork. Many of his contemporaries thought da Vinci was never comfortable with the finished painting. For him, the “Mona Lisa” was a continuous work in progress. He expected perfection from himself.

The other argument that is open for debate is if the “Mona Lisa” is smiling in the portrait. Many art historians believe the female model did indeed smile, but it was da Vinci’s creativity that gave us the impression of a half-smile. Their reasoning is that painters often had entertainers perform for their models while painting their image.

The “Last Supper” was commissioned by the Duke of Milan to be placed on the back wall of the dining hall inside of the Santa Maria delle Graza monastery.

It took da Vinci three years to complete the artwork. The image shows the moment when Christ confronts his Twelve Apostles that one of them will betray him soon.

It is considered to be the most famous painting of Jesus Christ and is one of the most iconic paintings ever made.

What is so amazing about the painting is the authentic facial expressions and body language shown of those sitting around the table for that infamous Passover supper.

At the time it was one greatest Renaissance paintings and was considerably more well known than the Mona Lisa.

Art historians were perplexed by da Vinci’s decision to paint with a tempura and oil base against a dried-out plaster canvas. Other artists from this era were using a paint by product made primarily from fresco onto a fresh plaster canvas.

da Vinci’s decision led to deterioration and flaking of the paint off certain areas on the canvas. Thankfully, the “Last Supper” has been stabilized to prevent further damage to the artwork.

The “Vitruvian Man” combined arts and science in the image of the human body. This was depicted by a nude male with his arms fully extended on a horizontal plane.

The body is trapped inside a square box and circle. Most art historians believe the painting represents the right proportion and symmetry created all throughout the world.